“The essential thing is not knowledge, but character.” –Joseph Le Conte 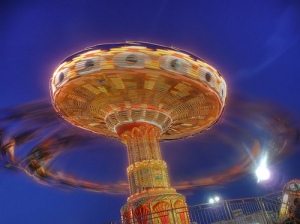 Where ever your personal compass on MTV’s reality show the Jersey Shore stands, there’s one undeniable factor: they’ve become mega stars without much substance.  Beyond the foul language, violence and overall obscenity of the show these individual’s have gone from having nothing to creating mega brands.  Each person striking their strengths for maximum results.

Undoubtedly, each person on the cast has created a powerful personal brand, which is business smart.  Here’s what your online or offline business can learn from the Jersey Shore:

1.  “GTL” Gym, Tan, Laundry.  This is the mantra the guys from this sickeningly addictive show repeat on a daily basis.  They stick to it religiously and as a result, 6 pack abs, overly tan skin, and pressed t-shirts.

The Lesson: Believe in your words.  What’s the mantra you’ve created for your own business, or your personal drive?  Say it to yourself everyday, several times a day and your manta will become a reality.

2. Mike, “The Situation”.  According to Barbara Walter’s 10 Most Fascinating People list for 2010 (more on this in a minute), will gross nearly 10 million dollars by the end of 2011.  Not too shabby for someone who rebounded after getting sacked as a gym employee.

He now has multiple income streams which include: an autobiography, a work-out DVD, endorsements, $60,000 per episode of the reality show, and other venues of income by making paid “special” appearances.

The lesson: work on creating several sources of income.  When one source isn’t doing so great, you’ll have another stream to compensate.

3. 10 Most Fascinating People?!  Question and exclamation marks express it all.

The Jersey Shore is reportedly the highest rated reality show in MTV history.  This speaks to the mindset of young people in America, and what the US is exporting abroad as mainstream American lifestyle.  Does this speak to your business?  Probably not, but it can speak to you as an individual.  Remain true to your authentic self; you don’t have to be obscene to be successful.  (Just sayin.’)

4. Unabashedly unapologetic.  So what?  They’re not afraid of embarrassing themselves while millions watch; etiquette is thrown out the window.

The Lesson:  while it’s not recommended you throw all caution out the window (and certainly not etiquette) when building your business, you do have to take chances.  Put yourself out on a limb, and ask yourself, ‘what’s the worst that can happen?’  You’ll often find the worst case scenario is not so bad after all; this is a powerful realization that will push you forward.  Try it.

5. “Fist Pump”. No, you don’t literally have to start pumping your fist in the air, while jumping up and down, but you do have  to get excited.

The Lesson: get excited about your life, about your business and what you’re trying to do.  When you’re enthusiastic and passionate, there’s no room for failure.  Every hardship becomes an opportunity for personal growth and development.

If you need to get in touch, here you go: